Attitudes of museum professionals to the ICOM museum definition and to key terms: interim results of a questionnaire survey in the Czech Republic ICOM 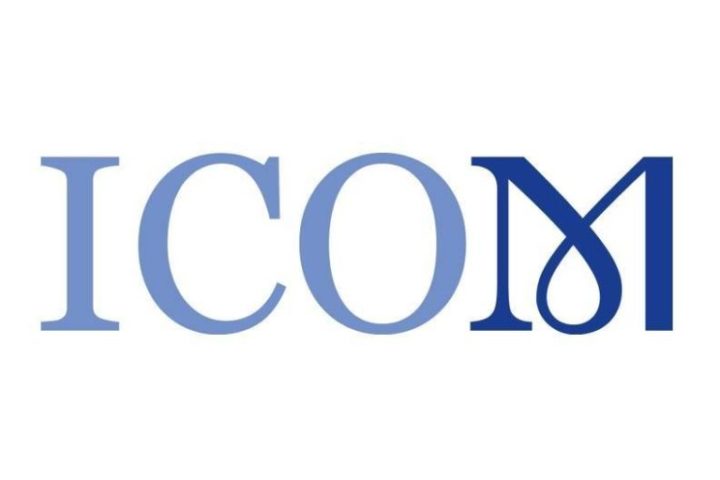 The turbulent social development in the long term raises the need of the museum community to adequately and conceptually respond to topical global challenges. One of the basic preconditions for the implementation of particular subsequent steps in museum practice is the adoption of the generally accepted term ‘museum’, which is of key importance in many regards. This is also why the issue of museum definition has a permanent and irreplaceable place in sessions of the representative international professional organisation ICOM. In its recent history, an increased interest in the given problem is mainly noticeable since the beginning of the millennium and it resulted in a partial extension of former museum definition by the problem of intangible heritage (2007). Another turning point was the ICOM General Conference in Milan (2016), which instigated the elaboration of a new version of the museum definition. However, this proposal eventually was not accepted in Kyoto, Japan, three years later.

The plan to discuss this problem in the next 2022 ICOM General Conference in Prague is currently accompanied by the effort to continuously monitor the opinions of museum community at the national level with the aim to achieve a more distinct consensus and to temper from the very beginning possible disagreements during the approval process. The main part of the appeal should be the submission of 20 key terms, which should be included in the definition.

The presented document, elaborated by the employees of the Department of Archaeology and Museology and the UNESCO Chair of Museology and World Heritage at the Masaryk University (Brno, Czech Republic), is a direct response to this requirement initiated by the ICOM bodies and it represents an interim analysis of attitudes of a studied group of persons connected with museum sphere in the Czech Republic to this problem. The answers were acquired by means of an extensive quantitative inquiry.

The link to the online questionnaire about the museum definition together with other information and instructions was distributed via e-mail among the members of local museum professional organisations and was published on the website and Facebook site of the survey implementer (Masaryk University – Department of Archaeology and Museology and UNESCO Chair of Museology and World Heritage) and his partners (ICOM Czech Republic, Czech Association of Museums and Galleries) and other collaborating institutions in the Czech Republic. It was also sent via e-mail to employees of major Czech museums (National Museum in Prague, Moravian Museum in Brno, Silesian Museum in Opava), state administration and local administration workers and academic workers. Museology graduates and students in museology and other disciplines employed in museums also were asked to fill in the questionnaire. In order to inform as many as possible museum workers and museologists in the Czech Republic, an invitation to join the questionnaire survey together with basic related information were published in the journal Věstník Asociace muzeí a galerií České republiky (2021/1) in February 2021 as a part of the information campaign. The journal is available online and printed copies are distributed to all member institutions. The questionnaire was verbally presented in the online plenary session of ICOM Czech Republic in March 2021.

The data collection was anonymous, through an electronic questionnaire (www.survio.com) from 15 February 2021 and the interpretation of data started on 8 March 2021. The questionnaire, containing 27 questions divided into three thematic blocks, was answered by 499 respondents in total.

This first interim analysis and interpretation of data brings quantified data on the incidence of frequency of phenomena both in relative (number of responses) and in absolute values (%; rounded to whole numbers). It addresses three main areas:

attitudes of respondents to the presently valid international ICOM museum definition (2007) and to the unaccepted proposal from the ICOM General Conference in Kyoto (2019);

identification of 20 key terms with the most frequent occurrence in the questionnaire, which, according to respondents, should be included in an optimal museum definition;

setting the data into the context of basic identification details on respondents (i.e. their number, current occupation status and membership in professional organisations).

The complex analysis and evaluation of questionnaire data will subsequently be made in the spring months of 2021.

As regards the current occupation status of respondents, it was found out that a total of 37 % (366) among them are employees of museums, 5 % (23) are employed in some other cultural or memory institution, 6 % (28) are academic workers, 2 % (12) are university students and 4 % (20) of respondents are working in the state administration. Other variants of the occupation of respondents exhibited a very low representation (activity outside the cultural sphere, independent job, volunteer, homemakers or retired persons).

As regards the museum workers, the questionnaire survey was mainly attended by curators and professional museum collection administrators, who represent 30 % (148) of the total number of respondents, 23 % (115) of respondents are members of museum management and 17 % (84) represent other professional job positions in museums, such as museum pedagogue, documentalist, conservator, librarian, archivist etc.

The present ICOM museum definition (2007 version) was regarded by 72 % (360) of respondents as a satisfactory form of the international museum definition – 79 persons out of this number want to maintain the existing definition unchanged, 215 persons would suggest only small changes and 66 respondents would make more extensive modifications of the current definition. On the other hand, the unaccepted proposal from Kyoto 2019 is advocated by 12 % (58) of respondents – among them 6 with no objections to its current form, 26 with small and 26 with more distinct modifications of its formulation. 6 % (29) of respondents consider both definitions acceptable (the currently valid 2007 ICOM version as well as the unaccepted 2019 proposal from Kyoto) and 4 % (19) regard both definitions as unsatisfactory.

Key terms for the museum definition*
This part of the questionnaire survey offered a total of 70 alphabetically ordered terms extracted prevailingly from the investigated museum definitions (2007 ICOM definition, Kyoto definition, national legislative definitions), which were supplemented by several other expressions from the present-day museological, sociological and philosophical discourse. The relevance of individual terms was evaluated by respondents in the form of the yes/no option, where the number of positive answers was not limited. If the respondents missed some term in the list, they had the possibility to write it to a text box below the offer.

From the questionnaire survey follows that the results varied between 36 and 411 positive answers out of the total number of 499 answers. The 20 most frequently mentioned terms/values were stated by respondents in the following order:

At the same time, it must be said that the boundary between the selected terms at the end of the list and some other preferred terms was in many cases very thin. More than a 50% representation was recorded with the terms STUDY (275 respondents), SCIENCE (268), PEDAGOGY (265), EXHIBITION (262), COLLECTING (262) and SOCIETY (256).

Summary of interim results
The questionnaire survey among the professional museum and museology community in the Czech Republic in February–March 2021 was attended by 499 respondents, of whom 73 % were employees of museums, above all curators and professional collection administrators, management staff and other professional museum jobs. 72 % of the involved respondents preferred the presently valid ICOM museum definition (2007 version) as a satisfactory form of definition, with some modifications of its current version. The unaccepted proposal from Kyoto 2019 is supported by 12 % of respondents. Another 6 % consider both definitions acceptable and 4 % regard both of them as unsatisfactory.

Among the 20 most frequently mentioned terms/values for the museum definition (more than 50% incidence) were the following ones: heritage, learning, education, collections, research, protection, expertise, knowledge, culture, public, documentation, tangible and intangible evidence, memory, accessibility, human, preservation, presentation, past, future, care. Another terms, which were not included among the 20 most frequent ones, but at the same time exceeded the limit of 50% incidence, are: study, science, pedagogy, exhibition, collecting and society.

The gratitude of the research team goes to all respondents involved, to partners – ICOM Czech Republic and Czech Association of Museums and Galleries, as well as to the ICOM coordination team, thanks to whom the Czech data will become part of international debates on the optimal form of museum definition.

* Explanatory words to a list of key terms for the museum definition that would otherwise be lost in translation. The list of selected key terms for the Czech Republic includes several that relate to the field of education. The Czech language does not only use the international term “education” (in Czech = “edukace”), but further specifies it into two basic components of intentional effecting on individuals, and the corresponding other separate terms. One means the development of an individual in the field of cognitive knowledge and skills (in Czech = “vzdělávání”) – here see the term “learning”. As “pedagogy”, we have translated the intentional effect on the behavior of the individual and his attitudes and values (this corresponds to a separate Czech term = “výchova”). We believe that this remark will help the ICOM team to understand this wider representation of pedagogical concepts among the 20 key ones, as selected by 499 museum people, academics and museologists from the Czech Republic.

Yours sincerely, the authors of the Czech questionnaire research on the museum definition, Otakar Kirsch and Lucie Jagošová (Masaryk University)