Documentation Centre for Property Transfers of the Cultural Assets of WW II Victims
Čs. armády 34/828, 160 00 Praha
www.cdmp.cz
In accord with the UNESCO, UNIDROIT and ICOM’s internationally adopted recommendations and the Czech Republic’s obligations pursuant to the Washington Declaration and the Prague Declaration, the mission of the Centre is to perform research into the alienation of cultural property from World War II’s victims, and to share the outcomes of this work with the Czech Republic’s bodies and institutions, and regional, municipal or private museums, galleries and libraries as well as individual applicants for their looted cultural objects. 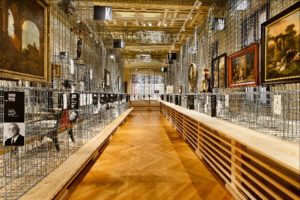 Institute for the Study od Totalitarian Regimes
Winstona Churchilla 1800/2, 130 00 Praha
www.ustrcr.cz
The Institute for the Study of Totalitarian Regimes is an institution established by the state to conduct scientific research into the period of absence of freedom in Czechoslovakia in the period of the Nazi occupation 1939–1945 and the communist dictatorship 1948–1989. The Institute is engaged in popularization and education. It organizes or co-organizes exhibitions with renowned museum partners; it is a scientific, methodological and pedagogical guarantor of exhibition projects. It has also a rich publishing activity. 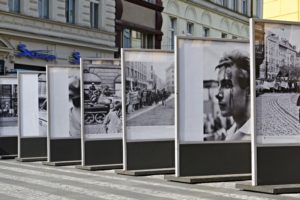 Jewish Museum in Prague
U Staré školy 1, 110 01 Prague, Czech Republic
www.jewishmuseum.cz
Founded in 1906, the Jewish Museum in Prague is one of the oldest of its kind in Europe. Its collection was taken over during the war by the Prague Jewish community, which initiated the establishment of the so-called Jewish Central Museum. Although Nazis approved the project, other intentions were behind that. After the Communist coup d’état, the Museum was nationalized in 1950. In October 1994 the Museum buildings and collections were returned to the Jewish community and the Jewish Museum in Prague was established as a non-governmental institution dedicated to the cultural history of Czech and Moravian Jews. As such, it is developing rich exhibition, professional, educational, publishing and cultural activities. 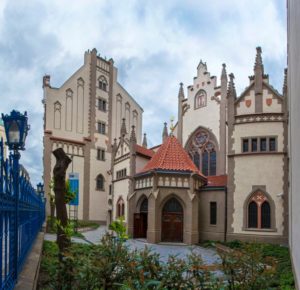 Lidice Memorial
Tokajická 152, 273 54 Lidice
www.lidice-memorial.cz
The Lidice Memorial preserves the memory of the village of Lidice and the Ležáky settlement exterminated by Nazis in 1942 and seeks to preserve their names as a worldwide symbol of the victims of Nazism. The institution holds a unique collection of modern art founded in 1967 by Sir Barnett Stross consisting of works by the leading worlds and Czech artists such as Joseph Beuys, Gerhard Richter, Adolf Hoffmeister, Pravoslav Kotík. 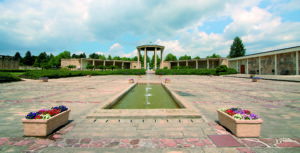 Museum of Romani Culture
Bratislavská 67, 602 00 Brno, Czech Republic
www.rommuz.cz
“We are room where cultures can meet. We are opening ways to the roots of Romani identity. We preserve and make accessible the culture and history of the Romani People as part of the world heritage. We are adding to tolerance and mutual understanding. For dialogue among cultures, for us.” The Museum of Romani Culture was founded in 1991. It is the initiative by Romani intellectuals aimed at establishing such a museum that lies behind. The unique institution globally documents the culture of the Romani People and the Sinti, or many different Romani sub-ethnic groups and communities. The Museum’s collection contains over 28,000 items. The Museum administrates the memorials Lety u Písku and Hodonín u Kunštátu.
On-line: Muzeum z domova 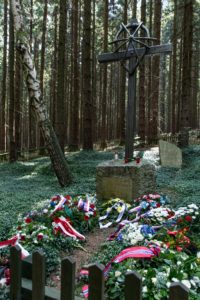 Terezín Memorial
Principova alej 304, 411 55 Terezin
www.pamatnik-terezin.cz
It was established as a Monument of National Suffering in 1947 with the aim to commemorate sacrifices of prisoners of the Jewish ghetto and the Gestapo police prison in Terezín, as well as the nearby concentration camp in Litoměřice. Every fifth prisoner died out of 205 thousand victims of these Nazi repressive facilities, another 87 thousand met their death after deportation to other places. The mission of today’s Terezín Memorial is to bring visitors closer to that tragic period of violence and to warn against new efforts to threaten democracy. 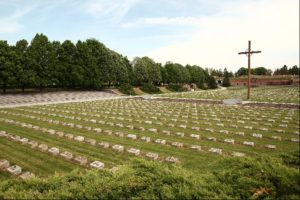 Zámeček memorial
The Zamecek Memorial preserves the memory of the victims of the second martial law and the courage of the Czechoslovak resistance fighters, who cooperated with Silver A airdrop and other associated airdrops. It follows up the ideas of the memorial space established on the site of the former execution site in 1945. Main ideas are to honor the memory of the fallen and the education in the field of the history of the totalitarian regimes of the 20th century. 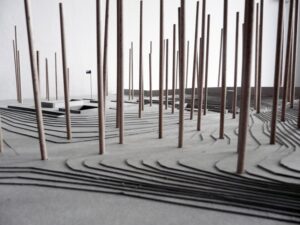