National Museum of Agriculture in Prague
Kostelní 44, 170 00 Praha 7
www.nzm.cz
The National Museum of Agriculture was founded in 1918, however, its oldest department has been working since 1842, so it might be the oldest museum of forestry and hunting ever. Forestry, game-keeping or hunting, fishing, farming, food processing industry, gastronomy and other branches are presented through dynamic expositions as ones that are essential for existence of both an individual and the civilization. A visitor is given opportunity to realise the importance of agriculture as one of the most significant know-how the humankind has developed, and which existentially interlinks our future.
Virtual tours: http://www.nzm.pano3d.cz/, lectures: https://www.nzm.cz/prednasky-konference/prednasky-nzm-na-youtube, knowledge quizzes: https://www.nzm.cz/aktuality/vedomostni-kvizy 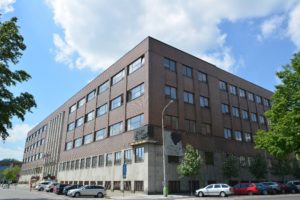 Mendel Museum of Masaryk University
Mendlovo nám. 1a, 603 00 Brno
www.mendelmuseum.muni.cz
The Museum continues the legacy of the founder of genetics and discoverer of the laws of heredity, Gregor Johann Mendel (1822-1884). The Museum displays Mendel’s work on a permanent exhibition, which is regularly added to by short-term exhibitions. The Museum is a place where experts meet, and where outcomes of science and research are presented to the general audience. Many Nobel Prize winners have delivered their speeches at the Mendel Lectures. 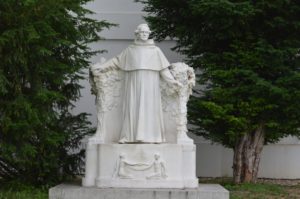 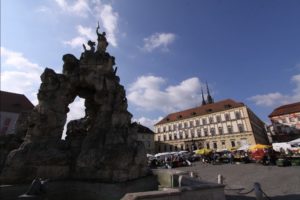 Museum of the Wallachian Region
Horní náměstí 2, 775 01 Vsetín
www.muzeumvalassko.cz
The museum profiles itself as a multidisciplinary organization in the fields of social sciences, natural sciences and technology. It educates visitors on the basis of a multidisciplinary approach through exhibitions, expositions, events and publishing activities, and educates children and youth in the environmental field. It takes care of a unique collection of furniture made of bent beech wood, tapestries, and lighting glass, and a collection of old prints is supraregionally valuable. Part of the museum is an observatory, which deals with the popularization of astronomy and other natural sciences. 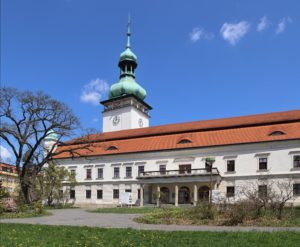 The Museum of Eastern Bohemia in Hradec Králové
Eliščino nábřeží 465, 500 01 Hradec Králové 1
www.muzeumhk.cz
Situated on the bank of the Labe River (Elbe) in Hradec Králové and created with loving care dances the most attractive building designed by outstanding architect Jan Kotěra. The institution of the Museum founded no later but in 1880 is permanently developing and collecting East Bohemia’s memories with professional interest and youthful enthusiasm. Among natural sciences, historical and archaeological conserved memoirs is the War of 1866 Museum at Chlum, the memento of a conflict that belongs to the bitterest 19th century battles in Europe. Defeated Austria lost its position in the region, and Prussia embarked on the journey to form a united state of Germans.
On-line museum: https://muzeumhk.cz/program/vystavy-online.html 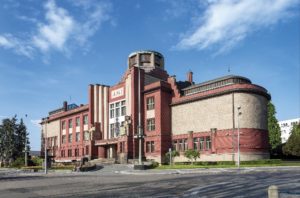 The Museum of the Vysočina in Třebíč
Zámek 1, 674 01 Třebíč
www.zamek-trebic.cz
The Museum established in 1898 displays the history and nature of the Třebíč region. It is famous for collections of pipes, Moravian moldavites, minerals, and rocks, as well as the collection of nativity scenes. It annually stages events such as The Czech Republic Trade Fair of Museums or Pipe Smoking in Třebíč. The former Monastery and Basilica of St. Procopius and Jewish Quarter have been inscribed on UNESCO’s World Heritage List. 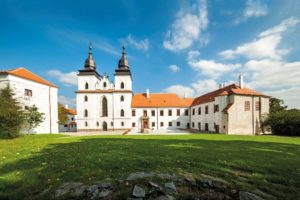 National Museum
Václavské náměstí 68, 115 79 Praha 1
www.nm.cz
The National Museum is the largest and third oldest museum in the Czech Republic, having been founded in 1818. The public associates the institution primarily with the monumental Neo-Renaissance Historical Building, the most prominent landmark of Wenceslas Square in Prague. During an extensive reconstruction, it was connected with the equally interesting New Building of the National Museum through a multimedia corridor, giving rise to the unique Museum Complex. From the summer of 2021, visitors have a chance to walk through new modern expositions dedicated to history and nature. But the National Museum is not just this building. As part of its activities, the Museum collects, researches and presents artifacts from scientific, historical and artistic disciplines, which it then exhibits in the 17 buildings it administers or protects in several stand-alone depositories. Its library is the second largest public library in the Czech Republic and its collections contain more than thirteen million objects.